How To Turn Your Laptop Into A Chromebook

Have you ever used Google’s Chrome Operating System?
Do you like what Chrome OS offers but are not fond of the still limited choice of Chromebook devices?
If you own a laptop or computer sitting around, given about two hours you can have a very nice Chromebook at your hands.
Read on to find out how.

Google is rapidly increasing the size of their Chrome OS product line, but it is still very limited on choice.

Installing Chrome OS onto any PC you own isn’t technically supported by Google, but it is completely possible.

Many individuals, places such as education institutions, libraries and businesses are adopting Chromebooks as immediate go-to devices when a desktop PC isn’t needed/available. Installing Chrome OS on your PC you already can help give it a big new lease of life if it is running slowly and it makes a tonne of sense when Chromebooks are appearing in lots of places we go.
The best things of all with installing Chrome OS on your own PC is that it won’t cost you anything, and if you need to use traditional applications, you can still run Windows or any other operating systems alongside.

A FEW THINGS TO TAKE NOTE BEFORE WE GET STARTED

• Very Important: Before you do anything, first make sure you back up all important data as you will need at least an empty 4GB flash drive and if you choose to install to your laptops internal drive, the whole drive will be wiped meaning you will also lose your installed operating system(s).

• A multi OS set up with Chrome OS likely will only work with UEFI-enabled laptops as traditional BIOS installs tend to interfere with other operating systems.

• For this tutorial I am going to be referring to laptops as although you can install Chrome OS/Chromium OS on desktops, the hardware options is a lot more limited.

• Dedicated Graphics Cards have big issues, so for best results, use integrated graphics. Due to this reason, if you are trying to install Chrome OS on a Mac with dedicated graphics, it will likely not work. I experienced this on my iMac mid 2010. It seemed to work out of the box, even the wifi, except the graphics wouldn’t let me get anywhere. My Mum’s 2012 Mac Mini however uses integrated Intel HD 4000 graphics so the graphics work.

• Your wireless card may not work, especially if it’s a Broadcom card or an Apple Airport card. I found this out with my Mum’s Mac Mini that the wireless card is not recognised. My iMac’s wireless card was but without a user interface, that didn’t help. So Macs seem like a no go and same for other ones with incompatible cards unless you use ethernet cables.

• Installing Chrome OS on your laptop via the method I am going to show you is made possible by the Chromium dev team, ArnoldTheBat, Seth Tech, Google of course and other third parties who made Chrome/Chromium OS a possibility.

• The laptop I will be using in this tutorial is an Asus Vivobook S200E which has a dual core 1.4GHZ Intel i3 CPU with 4GB RAM, and a touchscreen. Everything I can confirm on this laptop is working flawlessly.

• Let’s get started with making your Chromebook/box…

To put Chrome OS onto your laptop, you need to download and install Chromium OS, the open source version of Google Chrome OS. To download Chromium OS, go to Arnold The Bat’s download page and click on the “daily” folder.

If you have a dedicated Graphics Card or Broadcom wireless card in your laptop, you could click on the "special" folder for builds with more hardware support. These however do not get updated as much and at the time of writing are only 32Bit, so they will not work on Arm CPUs or on 64Bit if you have more than 4GB of RAM.

1) Plug into your computer/laptop a clean 4GB (or higher) USB drive and unplug any other connected drives to avoid confusion.

3) Use Win32 Image Writer to write the contents of the img file onto the USB drive.

4) When Win32 Image Writer has finished its job, shutdown your laptop.

1) Plug into your laptop a clean 4GB (or higher) USB drive and unplug any other connected drives to avoid confusion.

2) Use p7zip to extract the img file from the 7z file to your downloads folder.

3) Open a terminal window and type
"dd if=./downloads/filename.img of=/dev/sdb bs=4M/".
"sdb" will be your USB drive and the "B" may be a different letter, or it may be entirely named differently altogether. "./downloads/filename.img" will be the path to where the img file is in the downloads folder and "filename" will vary depending on the build you downloaded.

4) When the terminal has finished its job, shutdown your laptop.

1) Plug into your Mac a clean 4GB (or higher) USB device.

2) Use The Unarchiver to extract the img file from the 7z file to your downloads folder.

4) When the terminal has finished its job, shutdown your laptop.
Now that you have created a Chromium OS USB drive, if you do not want to install Chromium OS to your internal drive, you can boot your laptop to the USB drive and use it directly without touching anything that is already installed/stored on your laptop.

If you want to install it to the hard drive, continue to the next step, or if you want to directly upgrade Chromium OS to Chrome OS on the USB, skip to step 5.

1) Turn on your laptop and boot to the Chromium OS USB drive you created.

2) When Chromium OS has booted it will show a setup screen. Press CTRL+ALT+F2. (If you do not see anything on the screen then your laptop’s graphics are incompatible)

4) Then type "sudo su" followed by the same password like before to become root. (root means administrator in the UNIX/Linux world)

5) Type "crosh" to enter the crosh console and type "install /dev/sda" to install Chromium OS to your laptop’s internal drive.

6) Leave your laptop alone until you are told to shutdown.

7) When you are told to shutdown, press CTRL+ALT+F1 and then click shutdown and disconnect the USB drive.

1) Depending on your laptop, you may need to manually add the boot option to boot Chromium OS. If your laptop boots into Chromium OS without you needing to do this step skip to step 5.

2) Turn on your laptop with the USB plugged in and go to the BIOS menu. On my laptop I have to hold ESC after I press the power button. That takes me to the boot device menu, and then I choose the BIOS menu.

3) In the BIOS Menu, find where it says something like “Add New Boot Option”. On my laptop it is on the boot tab.

4) On my laptop, there is three options I need to configure, typing a name in “add boot option”, choosing the boot device in “select filesystem” (this should already be set automatically), and selecting a path to the Grub bootloader EFI file in “path for the boot option”. The path you want to write is “\efi\boot\bootx64.efi”.

5) Create the boot option, save the settings and restart your laptop.

6) Your laptop should now boot directly into Chromium OS.

If you are happy with Chromium OS, you can skip upgrading it to Chrome OS.
If you want all the missing features that Chrome OS offers such as the official Chrome web browser which includes Flash and MP3/4/PDF codecs, then you will want to upgrade to Chrome OS.
If you do decide to upgrade to Chrome OS, please note that you will not be able to use the automatic updates and you will have to update manually via the developer console. If you can’t update through the console, you will have to by doing the whole process again starting from Chromium OS.

1) Boot into Chromium OS and when you come to the setup, connect to your Wi-fi network and then enter the console by pressing CTRL+ALT+F2.

4) Type "bash <(curl -s -L http://goo.gl/8v1ZkV)". This will download and run the script file for the install. Depending on your Internet speed, the script file will take a long time so be patient.

5) There will be 41 builds to choose from when the script finishes loading the list. The best way to decide which build to use is compare your laptop’s hardware to the hardware in the chromebooks. The hardware you have doesn’t need to be exact, but it does need to be close. I have chosen to use the Chromebook Pixel build as the Pixel has an Intel i5 which is like my Intel i3 and it has a touchscreen like my laptop.

7) When you click enter, you will be asked to enter the build number again.

8) Chrome OS will now install. When it is finished, it will not say anything different so you have to press CTRL+ALT+F1 to check. If pressing CTRL+ALT+F1 fails to take you out of the console, the installation is complete. It took about five minutes to install for me. Force restart your laptop and you should be greeted with Chrome OS.

8) When Chrome OS has started, it will say a factory error has occurred. Do not panic. This is because Your laptop isn’t an official Chrome OS device and is unrecognised. You can just skip it. Just go through the setup and login to your Google account.

Well done you now have a Chromebook and you have all the plugins and features that Chromium was missing.

If you want to disable the factory error message follow these steps:

2) Click on the bottom right corner of the screen by the clock and go to settings.

3) In settings, scroll down and click on where it says manage users.

4) Untick "show names and pictures on the login screen".

You will not have that message appear anymore when you start Chrome OS. You will however have to type your email as well as your password now. If you have two step verification enabled on your account, it also will likely keep asking you for codes when you login. Because of this, I chose to not do this setting, I’d prefer just keep closing the message on start up as it is quicker, especially that I use two accounts on it.

I have not yet got to this point and do not use Chrome OS or my laptop now. If ever I get back to it I’ll update this, but for already published instructions on how to update, visit Seth’s blog post here.. 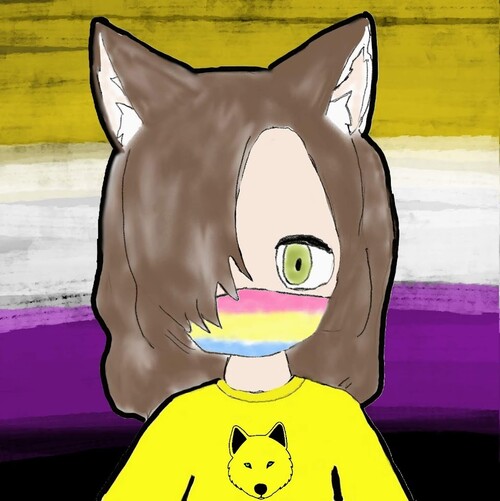 "The weakest are from deeply within
the strongest of all natures"